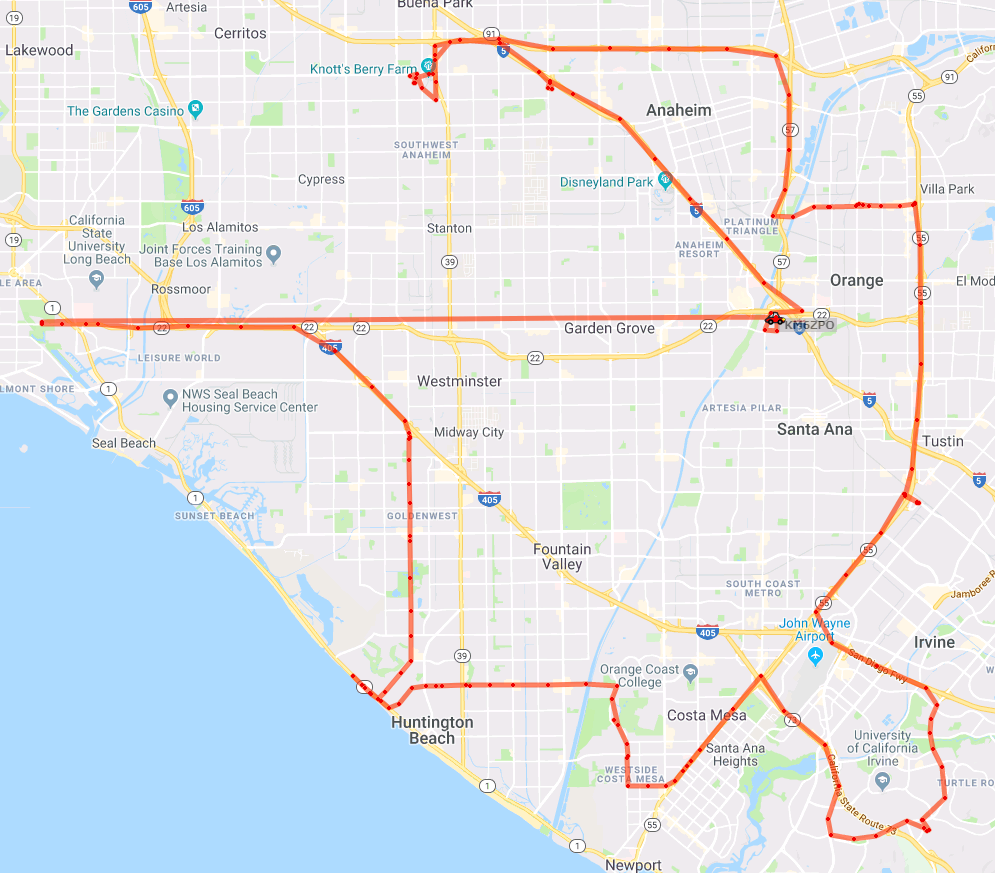 Julie (KN6AOC) and I had a great time on Saturday, June 22, 2019 visiting several of the amateur field day club sites. As you can see in the map above, we covered a large portion of Orange County on our adventure.

We started our day with a visit to OC ARC’s setup at Walter Knott Elementary School in Buena Park.  The event chairman, Tim Goeppinger – N6GP, was nice enough to show us around the entire site while things were still being setup.  They had multiple stations working everything from 2 meter VHF all the way to 80 meter CW and a digital room for FT-8 and satellite operations.

Click here for more information about their field day site. 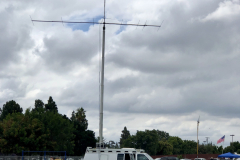 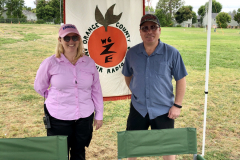 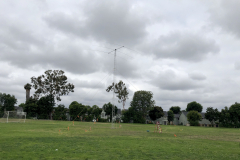 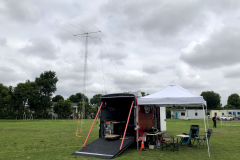 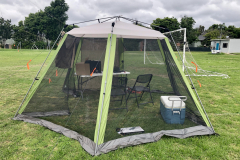 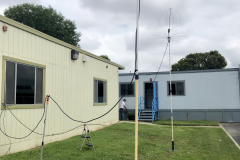 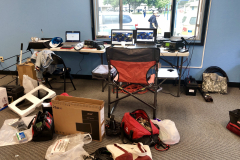 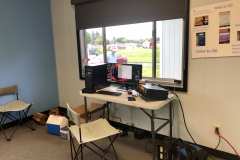 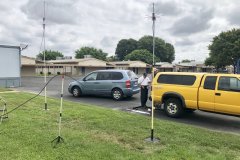 We stopped in Orange for a quick breakfast held by the PAPA System where we learned about Yaesu Fusion repeaters.  I was quick to jump on a deal offered by one of the club members, a SURECOM SF401 PLUS Frequency Counter for Radio Transceiver CTCCSS/DCS Decoder for TEN BUCKS!  Of course after losing another $40 in the opportunity drawing, I pretty much paid for that thing, but oh well. I supported the PAPA System!

On our way to Irvine, I did a contest day check in with W6IPD over 144.390.  The Irvine site (IDEC) had an impressive setup including 2 meter, 70 cm, several HF stations, an AREDEN network, a massive solar charger and Irvine Police Department’s mobile communications vehicle.  But the highlight of our visit there was the GOTA station where my wife Julie (KN6AOC), holding only a Technician class license, was taught how to use an HF radio. While that was going on, the City of Irvine’s media team interviewed her on camera (starts at about 2:30). 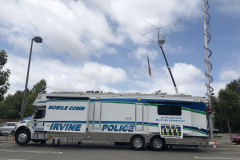 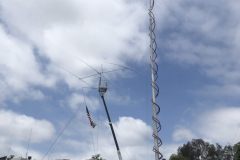 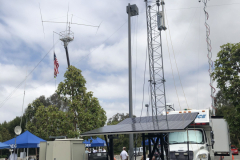 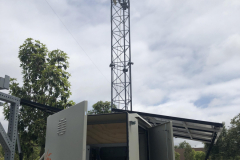 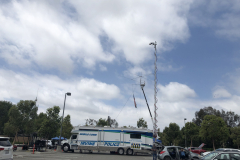 Our next stop was an unlisted field day event for the Costa Mesa Community Emergency Response Team (CERT)  which we learned about while attending a WinSystems breakfast a few weeks ago.   The site had the usual stations working VHF/UHF and HF but what really made our visit to this site great was hanging out with Gordon West, the author of several ham radio license study books and also a trainer for trainers interested in teaching people how to get licensed.  Gordo gave us a fun tour of the site including a “joke antenna” (actually working 2M/70CM/220) made from an old TV antenna.

After Gordo’s introduction, Ashley Fisher explained how the amateur radio community and MESAC (City of Costa Mesa Emergency Communications) work together during emergencies and how the city educates its citizens to use simple FRS radios (on Channel 4, no tone) to be part of that communications network. 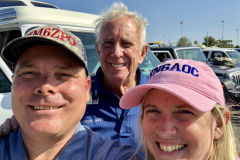 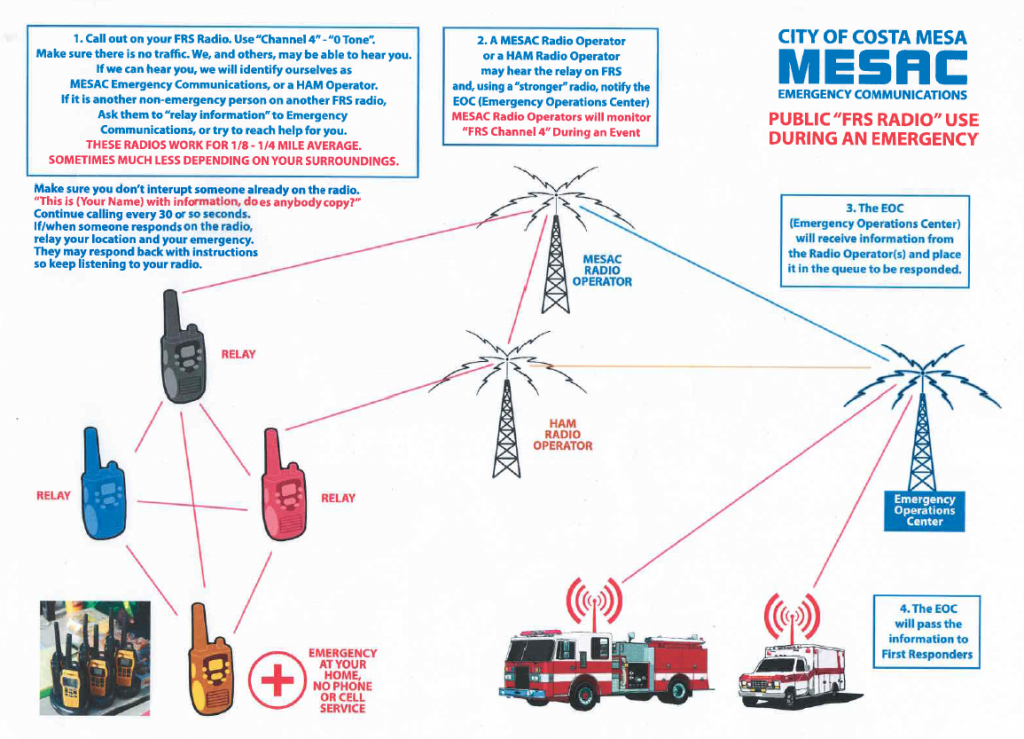 Check out the video of the site here:
https://www.periscope.tv/km6zpo/1yNGavVDAnrJj

Next we made a stop by the beach to visit the Huntington Beach RACES field day site.  I have to say, of all the sites we visited this day, this one had the best view perched on top of the cliffs of northern Huntington Beach.  Unfortunately, due to limited cell phone coverage in this area, we weren’t able to do any live video here, but we did have a nice chat with the operators.  They were working mainly 20 and 40 meters but also some FT8 digital.  I would say also that of all the sites, this site was the most “mobile” relying 100% on generator power and having just simple ladder-type and wire-type vertical antennas.  They also demonstrated the backbone of their communications, a “voter” network of repeaters which automatically picks the best repeater in the area for the transmitting station. 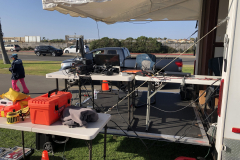 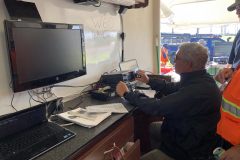 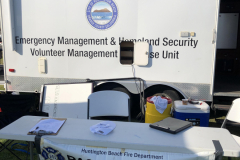 The ARALB site wasn’t technically within Orange County, but we didn’t want to miss hanging out with some friends we have made as we’ve advanced in the ham hobby.  I got my general class upgrade at one of their test sessions a few months ago.  It was at one of their monthly meetings that I was introduced to their contributions to W6RO station aboard the Queen Mary where I hope to become a volunteer operator soon.  I also made contacts at their meetings with the American Red Cross.  I recently participated as a ham operator in their Sound the Alarm campaign in Long Beach.  And it’s their members who introduced me to working satellites stations, making it possible for me to figure out how to receive SSTV images from the International Space Station.

We arrived there as the sun was going down, and just as one of the members had finished making a contest contact with amateur satellite SO-50.  Their club vice president, Becky Rustuen (KJ6VSL) gave us a good run-down on the site in this video:

The 2019 Amateur Ham Field Day technically spanned two calendar days since the contest began at 11AM Saturday and ran through 11AM Sunday.  I had a few hours left to visit another site, so I went out again Sunday (solo this time) and stopped by Hillcrest Park in Fullerton.  They were working amateur satellites and HF stations.

Since I arrived so close to the contest end time, they were too busy to give me a tour and asked me not to take photos or videos.  I’ll note that I was first introduced to this club a few months ago after watching a presentation by Joe Moell at a South Orange Amateur Radio Association (SOARA) meeting.  After that introduction I was encouraged to attend the Fullerton Amateur Radio Club’s 2019 Antennas in the Park event.   It was at that event a couple months ago that I built my first tape measure yagi antenna and where I had my first try at transmitter hunting.

Fortunately, one of the visitors saw me setting up my Ed Fong DBJ-2 antenna on the lawn and offered to record me while I made a simplex contact over 446.000 between the site and El Segundo (about 28 miles away).  Check out the video:

The people we visited at most of the sites were very friendly and open to educating us on what they were doing for field day.  As I would expect at any public event where people don’t know you, there was a little bit of “warming up” to do at some of the sites, but once we got to talking I wasn’t disappointed.  I was extremely impressed by the amount of participation overall.  Each site gave me some good ideas for experiments I would like to try in the future and we made some good contacts.

Perhaps next time they’ll let me operate their HF stations, but for now I was happy watching everyone work.  I highly recommend field days like these to anyone interested in becoming a ham operator.  You will learn a lot seeing the equipment setup and being worked in real time.  Field days are also a great way to meet all the people involved in the local ARES and RACES organizations.