While experimenting with the digital world, I thought I’d try to build a Pi-Star as a connection point for my Yaesu FT3DR.  There are plenty of tutorials online on how to do this, so I won’t get into that.  I’ll just say that yes it works and it only took about an hour from downloading the latest Pi-Star image, formatting the SD card and configuring the Pi-Star to get up and running.

Compared to the Wires-X software, I definitely like the Pi-Star dashboard better since it keeps track of everything I hear and it’s linked up to QRZ.com for looking up people’s calls.  As for the simplicity of changing rooms well, it takes a bit more time than the Wires-X software.

I guess the best part about the Pi-Star with a Zum Spot USB attached is that I don’t mind leaving the my little Pi running all the time whereas I’d rather not have Wires-X running all the time on my workhorse computer connected to the radio with a USB cord.  Here’s a screenshot of the dashboard. 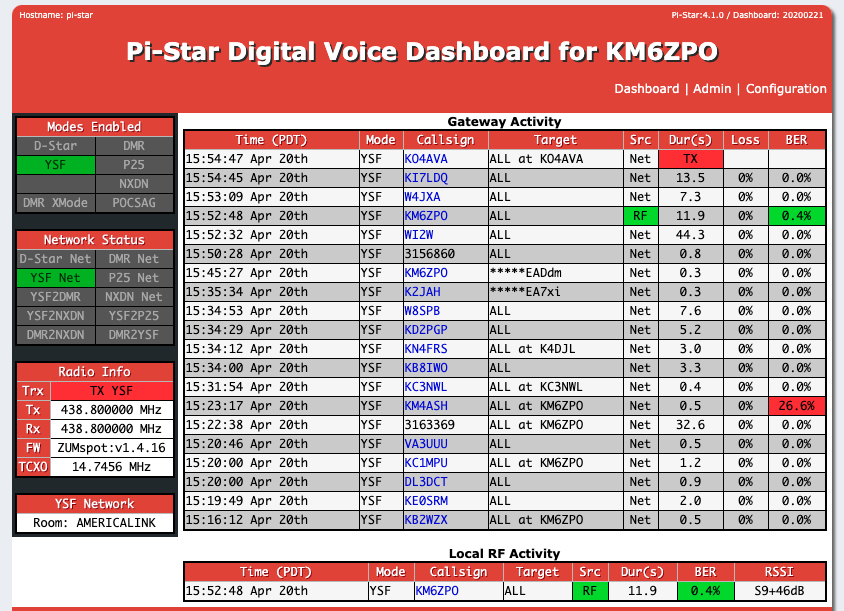 P.S. Yes, it works is cross-mode YSF to DMR as well.  More on that later!