Yesterday I put APRS-IS to the test in the mountains on the San Juan Trail, located a few miles way from Ortega Highway 74. In this area there are no digipeaters close enough for RF transmissions, so I tested the SPRINT cellular network to see if I could be tracked in real time (KM6ZPO). I set my ARPS.fi app to send my location every minute whenever cellular data service was available. I was traveling by mountain bike at an average speed of 4.9 MPH over varied terrain, sometimes in canyons.

As you can see in the results below, although coverage was spotty in some places and totally absent in lower elevations (in a canyon), transmissions were being received over the APRS network via APRS-IS (TCP/IP). 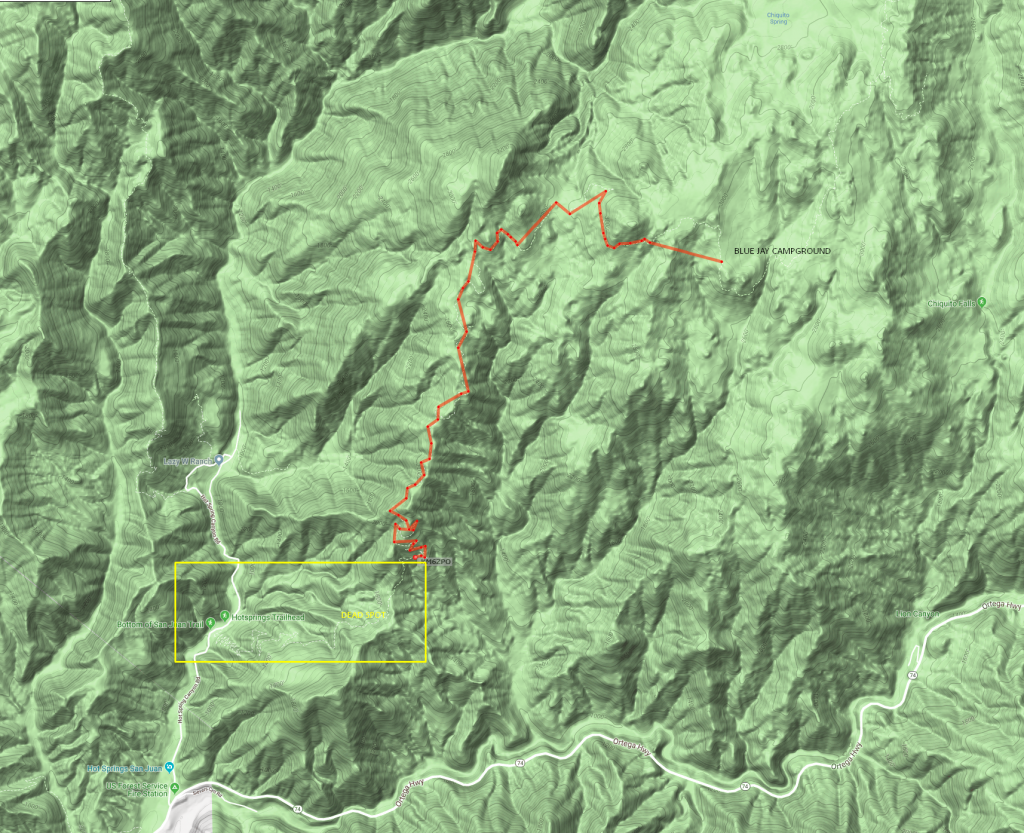 Would I trust APRS-IS in the back country from now on? Yes and No.

Similarly to how traditional APRS is dependent upon a good RF signal to a digipeater, APRS-IS is dependent upon a TCP/IP connection to the internet. Depending upon the cellular carrier and the location, results will vary. Also, the frequency of beacon pings will affect the accuracy.

APRS-IS is fairly accurate when cell service is good but non-existent were there is no cell service. It should be noted that APRS over RF could be deployed in areas where there is no cell service at all whereas APRS-IS is fully dependent upon the internet. In other words, APRS-IS likely won’t work during a catastrophic emergency. As a last-known location and direction of travel, it could be useful to emergency responders. They would at least know where to start looking. However, I wouldn’t rely upon APRS-IS 100%.

So Why Not Use the GPS Tracker?

My GPS tracker doesn’t transmit real-time tracking without additional services (see Strava Beacon and Garmin Livetrack).
One benefit of APRS (including APRS-IS) vs. the other services is that people can monitor multiple APRS beacons simultaneously. Strava and Garmin don’t do that. I can see where APRS (either via RF or TCP/IP) would be more useful in some scenarios.

While I consider APRS-IS to be a less than perfect, it is acceptable for real-time tracking in many areas. THat said though, I’ll continue carrying my SPOT locator for real emergencies and use APRS-IS for anyone wanting to know my approximate location in near real-time.