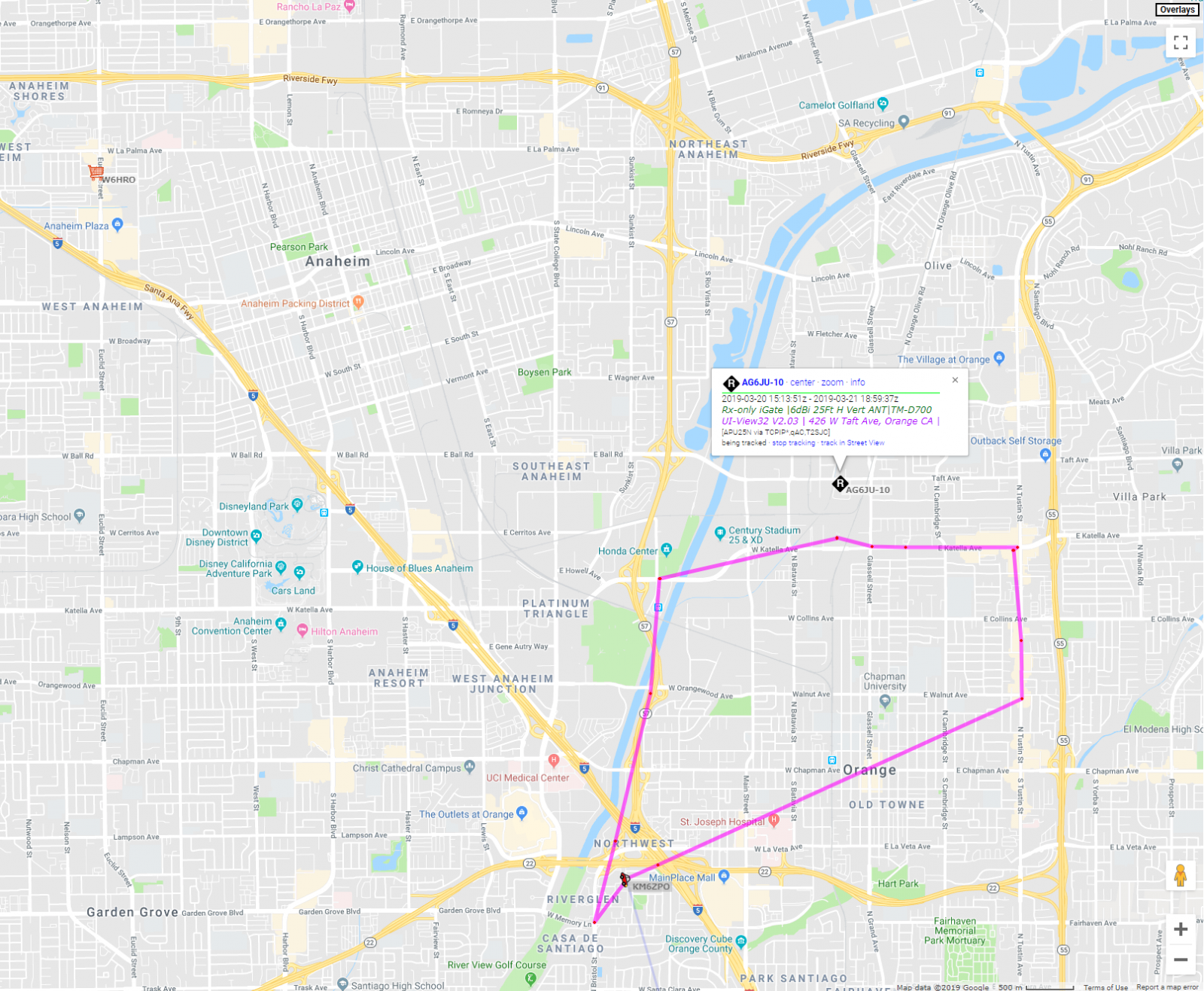 When I first heard about APRS, I had hoped I could use it to replace tracking I already get from my SPOT device. I began my learning curve by testing several APRS apps:

At first, I tried connecting my phones using a purpose-built cable for my Baofeng radio. After trying all of the above software, nothing was working. Using a second radio tuned to the national frequency for APRS (144.390), I could hear my transmissions, but nothing was getting through to the APRS tracking sites like aprs.fi and APRSDirect.com.

Next I contacted the support team of Mobilinkd and discussed what I was experiencing. The team at Mobilinked and I have exchanged at least 30 emails during this journey. They explained that I probably wasn’t getting through to the APRS servers because of the low-quality of the audio cable I was using and the fact that audio ASFK was not so good (or at least, not as good as a dedicated TNC modem). They sold me into the Mobilinkd Bluetooth TNC3 which only works with APRS.fi.   They also suggested that I purchase an SDR dongle and use a program like Qtmm ASFK 1200 Decoder to see the data coming out of my phone over the air.

With the SDR dongle, Airspy, a virtual audio driver and the packet decoding program, I was finally able to see that the APRS.fi app on my iPHone was actually sending valid data via the bluetooth dongle over the air and that it could be picked up by other stations. Great, but I still wasn’t being picked up by the Digipeaters.

Next I tried parking myself in front of a couple different Digipeaters. Still nothing! Frustrated beyond belief, the team at Mobilinkd and I exchanged a few more messages about their Mobilinkd TNC device.  They then  explained that my radio may not be powerful enough or may have “latency issues” common to cheap Chinese radios. So I thought OK I’ll get a better radio! I asked them for suggestions on what handheld radio to buy, and that’s where the conversation turned to: it’s just not possible with a handheld radio.

Wait! Not possible? You can imagine my bewilderment at this point. I thought: the Mobilinkd team just sold me a $130 TNC that doesn’t solve the problem. They knew what I was trying to do, they knew what I had, and yet they sold me a TNC anyway. They blamed the APRS infrastructure. They blamed cheap Chinese radios. They blamed handie-talkies in general. Finally, they blamed the antenna. I thought: if this won’t work in the city, how can it possibly work in the great outdoors?

My next test was to get a better antenna. I hooked my cheap Baofeng radio up to my Diamond NR770HB and wallah, it worked! Next I tried a slightly less powerful antenna, the Diamond MR77SMA Mag-mount Antenna and drove around a couple different places in Orange County. I should note that the mag mount antenna has about the same gain as my Nagoya 771 antenna, that I intend to use while out riding my mountain bike. So it seems to me to be a valid test even though the antennas are slightly different.

What I have found is that while driving around the city with my APRS.fi program set to ping once a minute, at average speeds around 40MPH, I’m getting OK reception through to the digipeaters and mostly good tracking data is being transmitted to APRS.fi. If I was using this exclusively in the car, I would be happy with the results as being “close enough”. But what about testing in the mountains? That’s coming soon and I’ll update this blog with field test results soon. 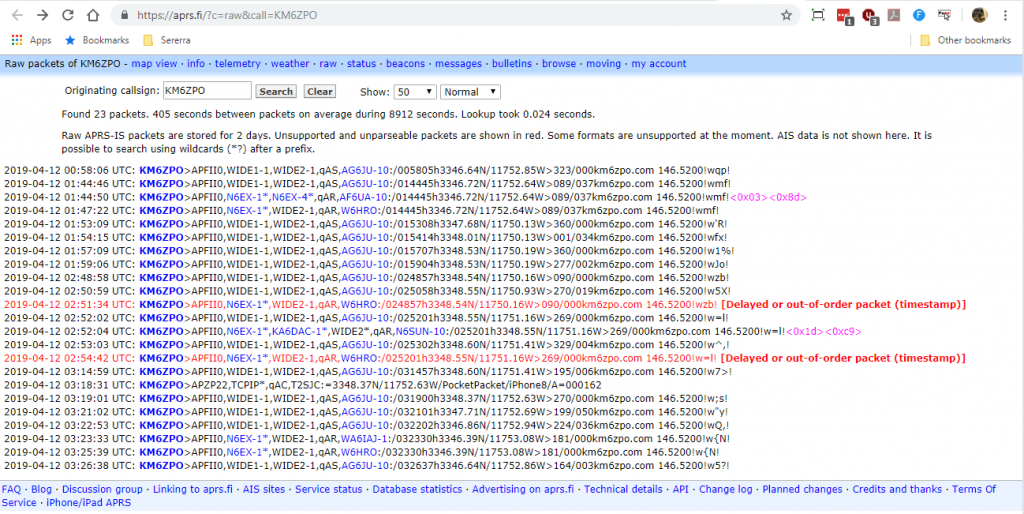 Conclusion: Will it work? Yes and No

Unfortunately, APRS is NOT reliable enough to replace my SPOT device. I should note that APRS works much better if you’re transmitting over the APRS-IS network (no radio needed) using any of the apps I tested. But that’s really not the point of APRS for me and there are far better tracking apps if that’s the intended purpose. I had hoped that APRS would provide reliable location data while I was out riding my mountain bike in the great outdoors where there is no cell phone coverage. I have discovered that’s just not the case. But its been a fun experiment, nonetheless and it has helped me better understand all the technology involved in APRS.

Another thing I should mention is that I live in Orange County: an area saturated with APRS packet data coming from a lot of powerful radios. I talked with a few of those radio owners via email about their setups and with the great folks over at the Ham Radio Outlet in Anaheim about my saturation theory. They all said pretty much the same thing: yes, you are probably being overpowered by 50+ watt mobile radios. But the good news, they said, is that the further away from the city you get and higher up on the mountain you are, the more likely it is that you’ll get a good digipeater relay. And that really is the point, right?  That remains to be seen as my testing continues.