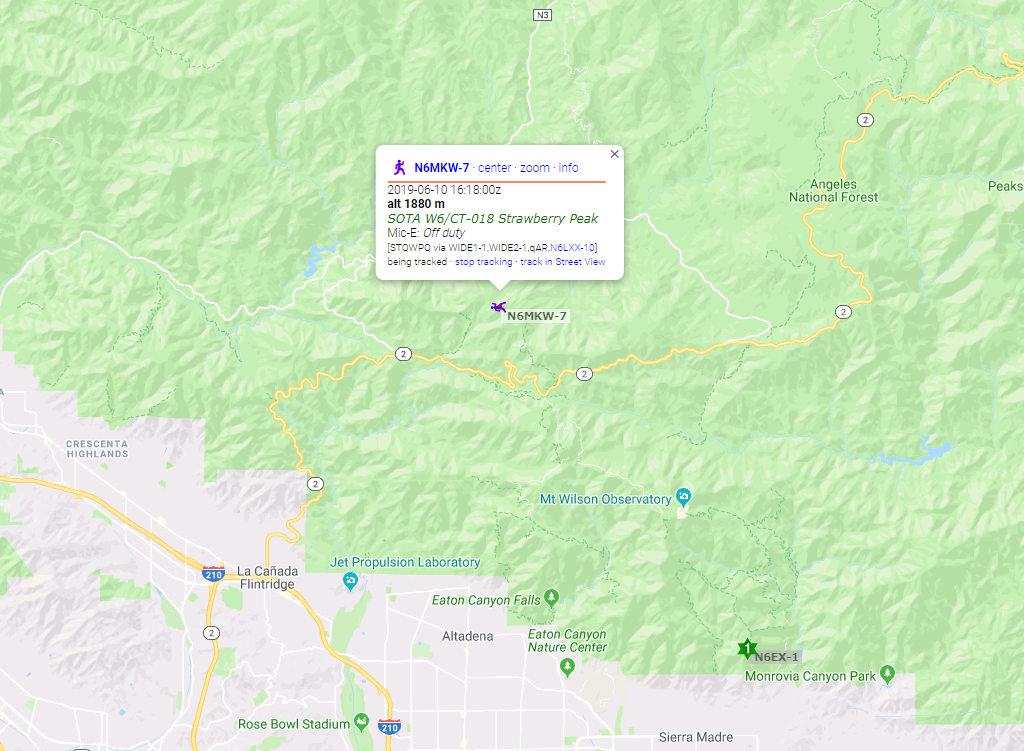 This morning on my drive to work I was listening to a conversation on the PAPA system via PAPA 22 which is on Pleasant’s Peak.  The PAPA system has many repeaters interlinked throughout California.  A ham operator was hiking up to Strawberry Peak to do a SOTA activation (W6/CT-018).  I don’t know which repeater he was using, but it probably wasn’t PAPA 22.  I’m thinking maybe he was on PAPA 4.  Anyway, when I got to work I thought I would see if he was tracking his location via APRS and found him as N6MKW-7.  I then sent him a message over APRS using the FindU APRS message gateway which enables people to send messages from a computer over to the air to a ham station.  I received a confirmation a few minutes later:

I can also see that this ham operator has been busy on the SOTA activation he started this morning:
https://aprs.fi/?c=message&limit=&call=N6MKW-7

You may wonder, what does this all mean?  Well imagine this guy needed help.  I heard him on the radio.  I was able to communicate with him that way.  But since he was also tracking himself via APRS, I knew his approximate location and I was able to send short messages to him and receive messages in return.  On his side, he was working over the air (RF frequency 144.390) while I was communicating via internet-connected RF relays.