PinPoint APRS ( http://www.pinpointaprs.com/ v2 build 190521 ) is a useful free application for tracking APRS stations either at the office via APRS-IS (over the Internet) or in the field with a TNC-capable radio.  As a stand alone application, utilizing the Internet as its source (APRS-IS) it’s interesting, although most websites like APRS.fi offer more functionality.

One thing the PinPoint APRS app does which most ARPS tracking websites don’t do is that it enables messaging to APRS stations directly from the interface.  That’s a handy feature, but where PinPoint APRS really shines is its ability to track many stations simultaneously using RF (144.390) to receive the data.  That means you can literally use it anywhere in range of digipeaters without an Internet connection.  This could be very useful in an emergency situation where you needed to track vital assets, for tracking racers on a race course, and for collaborative transmitter hunting, among other things.

To run my field test, I used a Kenwood TH-D72A running in packet 12 mode with the internal GPS turned on connected to a Windows 7 laptop via USB.  (Note: I tried this in APRS12 and APRS96 modes – those don’t work with the PinPoint APRS software.)  I also made sure within the Kenwood MCP-4A GPS settings that PC Output was turned on.  The antenna was a COMET-NCG BNC-24 17″ whip.  Essentially, the radio was used as a modem while all the functionality was then driven by the software rather than the radio.  For example, you could not see APRS station messages on the radio itself while it was in this mode.  Rather, the messages and position reports displayed directly in the software.

My operating environment was my 5th floor office in Newport Beach next to a window facing the digipeater.  The nearest digipeater able to pick up my beacon was 5.25 miles away.  It would have been exactly line of sight except for a couple buildings directly in the path slightly higher than my view. 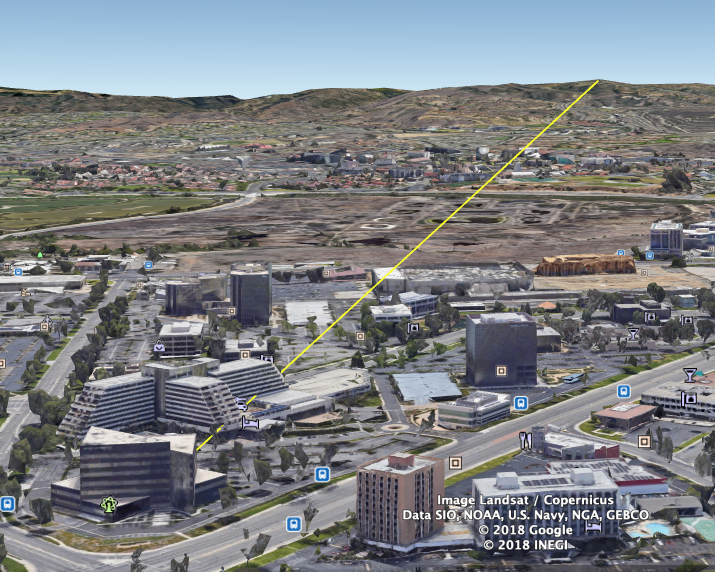 For this test, I turned off the Internet connection on my laptop and cleared all the last heard station, reports, etc.  At this point I was simulating field conditions.  Obviously, location in the field matters but I think the simulated environment was good enough to replicate real world usage.  Within a couple minutes of activating the TNC mode in the PinPoint software started picking up station reports.  By the time I got to this part of my article, I had 90 station reports all over Southern California well outside the map view below. 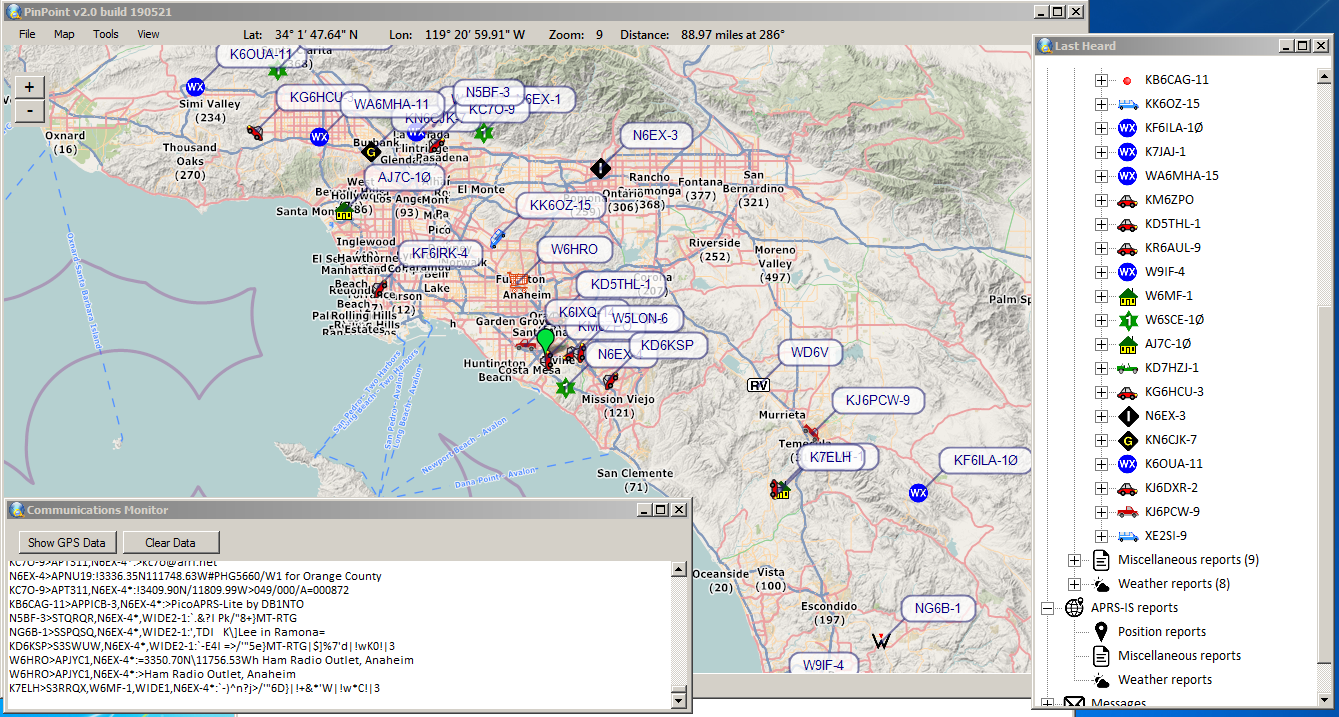 For the map data, the only map set that seemed to work for well me was the OpenStreetMap4UMap but I’ll admit I didn’t try all of them (there are at least a dozen options – I know Google Maps didn’t work).  While I still had the Internet active (before this test), I made sure to zoom in level 13 and move around the map around Orange County to cache all map tiles I would want to see.  I can verify now with the Internet disconnected that those map tiles were in fact cached.  You won’t get street names, and the map gets a little fuzzy when zoomed in, but the information is sufficient for knowing where all the stations are located.  It would be nice to be able to select map tiles for download rather than having to browse around the map to do that.  Most other offline map programs already do that!

Although it appeared I had all the GPS settings correct, I wasn’t getting any location data from the Kenwood.  I could see the position on the Kenwood display, but within the software, nothing was showing in the GPS Window.  So basically this meant that in order to do a position report, I had to select a place on the map first.   I can at least confirm that my position beacon WAS being sent through the software to the digipeater over RF (144.390).

The software author, Frank Watervort reached out and explained that due to a limitation of the radio I was using, GPS data and APRS data from other stations couldn’t be sent to the software simultaneously. 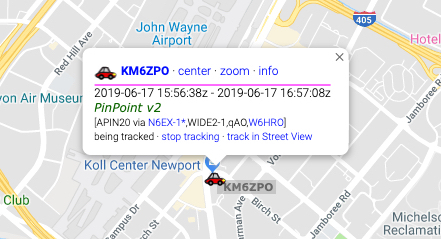