My first ham radio was an 8-watt handheld Baofeng BF-F8HP. Combined with a Nagoya NA-771 15.6″ whip antenna (pretty much the standard for HTs) and a Btech QHM22 speaker mic, I found I was easily able to get an audible signal with some slight noise hitting repeaters 20+ miles away and people didn’t have any trouble hearing me.

To program the handheld radio, I bought the BTECH PC03 FTDI Genuine USB Programming Cable and downloaded the free CHIRP software. I converted Gordo’s Top 100 repeater list from PDF to an Excel spreadsheet, then to a CSV template that comes out of CHIRP and imported that back into CHIRP. In short time I was able to experiment with all our local repeaters in Southern California.

After a couple weeks of playing around with the handheld, I realized I was going to need something a bit more permanent for the car. I first experimented using a Diamond MR77SMA 144/440 Mobile Mag Antenna with a SMA Female to Female Barrel Adapter for the handheld and several failed attempts at mounts by Lido (not linked here because of their terrible quality and even worse customer service). Although the signal was stronger and more clear, I didn’t like having the handheld just laying around the car. I was also concerned about the paint of my leased car since mag mounts are known to scratch the paint when left on the car too long.

After contemplating my budget and the fact that I didn’t want to drill any holes in the car or run any special power wires, I decided to try the BTECH Mini UV-25X2 25 Watt Dual Band Base, Mobile Radio. I needed only an SMA Female to UHF Male PL-259 to hook it up to the mag mount antenna while I hunted for a different antenna.

Since I got the UV-25X2, I have upgraded the mobile antenna to a larger Diamond NR770HB combined with a Diamond K400S lip mount. I used heavy duty velcro tape to mount the base unit on the side panel of the center console within eyesight and reach, but out of the way of everything else.  I later bought a magnetic mic adapter to mount the speaker mic since I dind’t want to use the mount included with the UV-25X2 (screw in).   My total investment into this setup is about $350 – with tax and shipping for all parts included. 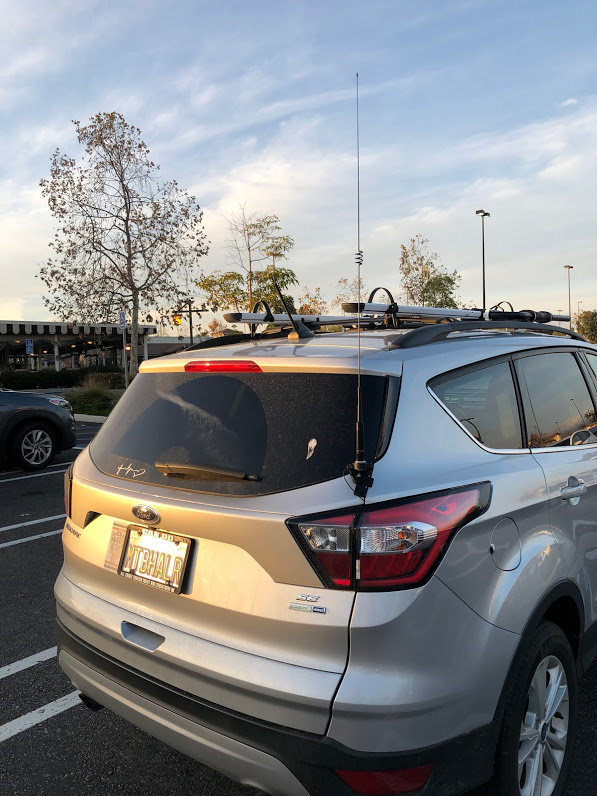 Kenwood, Yaesu and Icom don’t make cheap radios. All their dual-band 2M/70CM radios start at $285 and up.  Add the programming software for each system, the antenna, antenna mount and magnetic mic adapter and you’re easily going to invest over $500 with those radios. Additionally, all of those 50+ watt radios and require special wiring.  You WILL have to drill holes for those radios.  So in addition to your equipment costs, you’ll have to add install costs, extra wiring to the battery, etc. on top of that. And if you’re leasing a vehicle like I am, you’ll be paying for the damage to your car.

All the parts for my Cheap and Effective Mobile Ham Radio Setup except the magnetic mic adapter are available via this Amazon.com link: 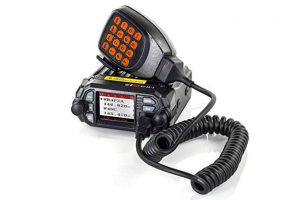